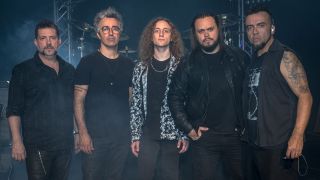 LA-based prog metal quintet Lufeh have released a video for The Edge. The song is taken from the band's debut album Luggage Falling Down, which was released through the band's Bandcamp page.

“The Edge could really just as well be called Living By The Edge Of Desire," states drummer Lufeh Batera. "As the album’s final statement, it leaves the listener in a state of trust and bravery to go out on the edge and take the leap into living life to the fullest.”

Luggae Falling Down is a mix of Brazilian music influence, crossing between Rush and Dream Theater. The band comprise both Brazilian and American musicians.