"The 4th Wave Of Ska Is Here!" Many moons ago (1979 to be precise) a gang of spotty, skinny, working class herberts in smart suits, hailing from Camden Town, skanked their way through a head turning, debut Top of The Pops performance of their seminal 2 Tone Records release “The Prince” Madness had paid homage to their (now late) great hero Prince Buster (one of the true pioneers of Ska) and Camden Town had culture clashed with Kingston Town (the birthplace of Ska in the late 1950’s) to create a beautiful noise and a strikingly sharp image that would become more famously known as 2 Tone. Along with 2 Tone label creator Jerry Dammers’s band The Specials, The Beat, The Selecter, Bad Manners and The Bodysnatchers,This collection of disillusioned British youth’s channeled their pent up energy into musical outlets creating the now legendary, 2nd wave of Ska. Wind the clock forward to 1992 (the 3rd wave of ska is now being spearheaded Stateside) and in the quiet British middle class suburb of Brentwood Essex, a 5 year old Oliver Hookings (now better known as “Silky”) is gifted a VHS by his old man titled “Divine Madness” (a collection of the music videos that accompany the band’s greatest hits.) He’s instantly hooked, telling his old man “When I grow up I wanna be a pop star like Suggs.” Teleport to 2016 and Young Oliver (after a turbulent youth) is now a 29 year old “Silky” who’s done 12 rounds with the music industry in an indie pop band and has lost miserably. His band of 15 years has split, their album floats off into the abyss of lost classics and he’s had enough.Indie Pop has Indie Flopped. He always thought he’d feel like David Bowie by this point in his life but he feels more like David Brent. A little wounded to say the least, he doesn't put pen to paper or touch the guitar for a few months, then one saturday afternoon he picks up his beaten up old telecaster copy and in a full circle moment, writes a Madness inspired ska pop song titled “Rickety Old Train” (singing in his thick Essex accent for the first time ever.) “Rickety Old Train” almost as if by irony feels more fun and refreshing than anything he’s ever written, so more ska songs naturally come pouring out of him throughout the summer of 2016. Silky soon brings in an old pal he’d met on the Essex gig circuit (with a suitably throwback, quintessentially British song writing style) Jonny “Top Kat” Hick to join him, together forming the ska pop duo “Death of Guitar Pop.” The lads continue to write for the coming months before shooting a “no budget” video for “Rickety Old Train” in which they get suited and booted before tearing through a packed Romford Market on a saturday afternoon in a cardboard train, all beautifully captured through some shakey GoPro footage courtesy of their pal Preston who’d been out on the piss all night and was running on an hours kip. Death of Guitar Pop upload the video to Youtube. Skinheads, Mods and all other like minded souls come out of the woodwork from every corner of the earth, flocking to the like button on DOG-P’s Facebook page and before you know it, a "4th wave of ska" is actually becoming a thing. Death of Guitar Pop are that breath of fresh air that the old guard (who were there the first time) have been craving for years…..by the same stretch, Death of Guitar Pop are new role models for the younger blood of the skinhead and mod subculture, a subculture that could never die out with a single generation. More online releases then followed and the buzz kept growing, So much so that the band embarked on a successful crowd funding campaign in which their mini army of ska fans funded their debut album “69 Candy Street” In the midst of all this, Death of Guitar Pop received pats on the back from ska royalty, the likes of Pauline Black (The Selecter) and Dave Wakeling (The Beat) giving the lads big props on social media,even the Bad Manners horn section (aka The Mafia) have thrown their hat in the ring, playing on the album and becoming part of DOG-P’s live band. "69 Candy Street" was released in Nov 2017 through the band's own DIY label “Ska Club” & (to coincide with the release) DOGP also launched a popular range of merchandise for the “Ska Club” brand. Since the album release, the band have sold out their debut show (at London's Oslo venue,) made special guest appearances at the well renowned Skamouth & Berlin Ska City Festival's, Made a music video with bafta award winning Inbetweeners star James Buckley,been a featured artist for Fred Perry Subculture and have continued to pack out gigs whilst selling thousands of albums independently. 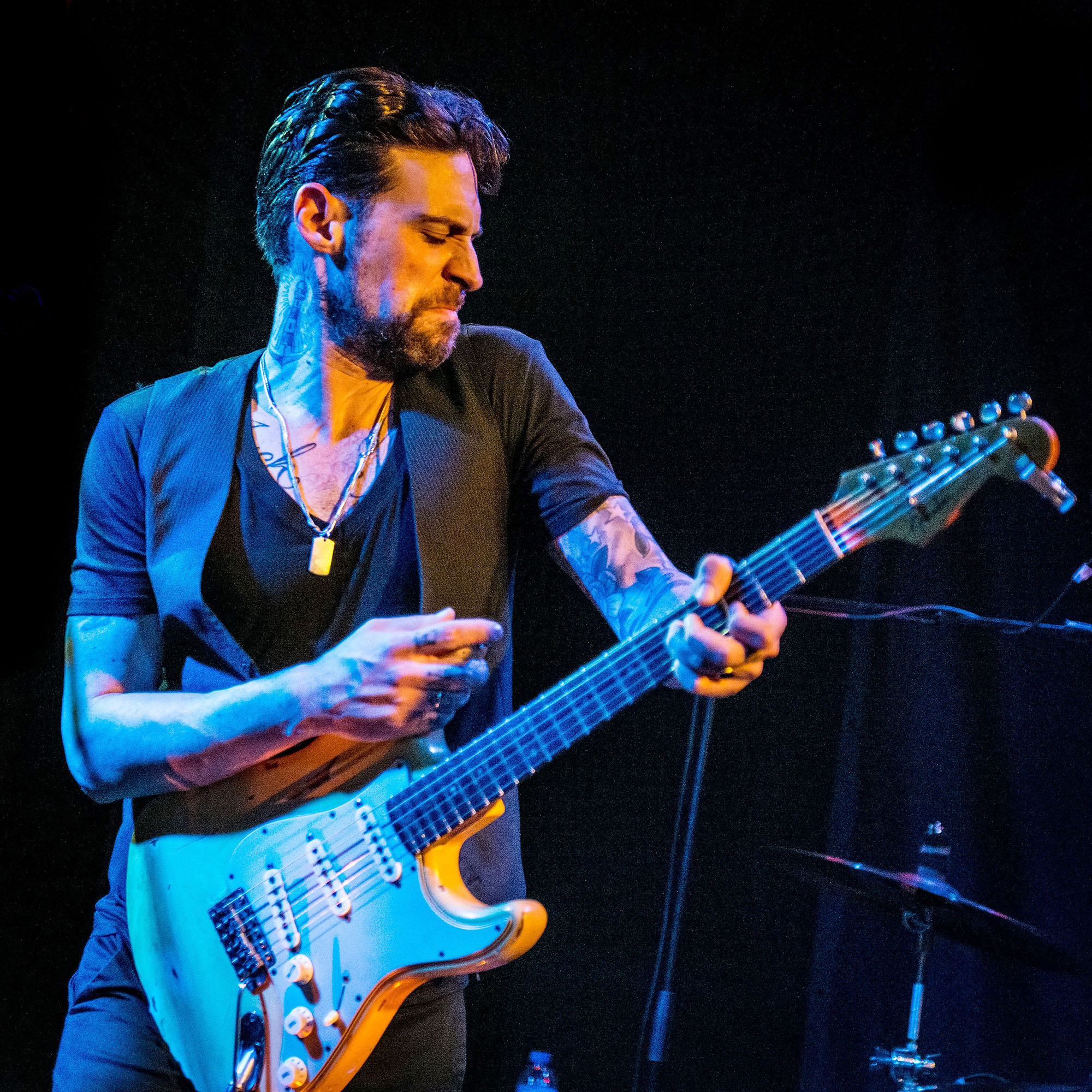